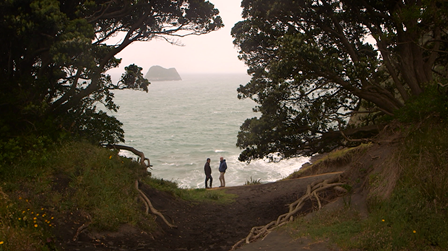 An ambitious new conservation project aiming to
be one of the largest biodiversity restoration projects of its kind in New
Zealand is getting a giant boost.

NEXT Foundation Chair Chris Liddell announced
today an investment in Project Taranaki Mounga, which aims to transform the
ecology of Egmont National Park over the next twenty years, and permanently
thereafter.

Selected from more than 100 applications submitted
this year to NEXT Foundation’s $100m programme, Liddell says Project Taranaki
Mounga can be transformative on a large scale, regenerating New Zealand’s
native birdlife in the Taranaki region.

NEXT Foundation has committed funding for its
share of an initial 18-month phase of the long term project alongside the
Department of Conservation (DOC). The
project aims to develop partnerships with DOC, iwi, the Taranaki community, local councils and the
region’s private sector. It will begin with pest control and the
ecological restoration of over 34,000 hectares of Egmont National Park and the
associated offshore islands.

“At NEXT
Foundation we believe one of the most important factors determining New
Zealand’s future success is our land and our environment,” said Liddell. “Project Taranaki Mounga
has the potential to push
further the boundaries of large-scale ecological restoration and serve as a
significant step towards a predator-free New Zealand.”

By securing the area from pests
and restoring its wildlife and biological diversity, the project will allow
threatened and vulnerable birds, bats, plants, fish and invertebrates to
flourish.  In the future, a “biodiversity halo” around the
mountain will help buffer the Park from pest reinvasion.

“More than 25 million native birds
are killed across New Zealand by predators each year, threatening the survival
of native species, and causing irreversible damage to our environment. We’re
excited to support the initial phase of this project with the objective of
combining the efforts of business, government, iwi and the community to have a
huge positive impact on one of our iconic landmarks,” said Liddell.

Project Taranaki Mounga is the next step
in NEXT Foundation’s evolution of establishing models of large scale
environmental conservation in New Zealand. The project follows on from the
success of NEXT Foundation related investments in
Rotoroa
Island and Project Janszoon and builds on the innovation and technologies developed by the Zero Invasive Predators (ZIP)
programme which was founded by NEXT Foundation, last December.

“New Zealand has been losing biodiversity
for a very long time and we have not been able to stem the decline despite all
the efforts of communities, DOC and many other committed people,” says NEXT
Foundation environment adviser Devon McLean, who also chairs Predator Free New
Zealand, and manages Project Janszoon, a
privately funded 30 year ecological restoration of Abel Tasman National Park. We
need to operate at scale, keeping our birds and land safe for a long period of
time so they can build themselves up again.”

“This project is an opportunity for the
community to get involved in the active restoration of the park, and toward a
common goal of a predator-free New Zealand.”

Director General of Conservation Lou Sanson
says this is a case of private philanthropy, iwi, local Government and a
progressive community joining together to protect our nature for the future.

“This ground breaking conservation
initiative not only has significant returns for the mountain, the whenua and
the wildlife, but will also have on-going spin offs for regional tourism,  environmental education and the Taranaki
economy.”

Formed last
year, NEXT Foundation has already made large grants to education and the
environment following a rigorous due diligence process where applicants have to
demonstrate transformational scale, sustainability and excellent leadership.

NEXT Foundation was launched in March and
will invest $100 million over the next 10 years to create a legacy of
environmental and educational excellence for the benefit of future generations
of New Zealanders. NEXT Foundation will make commitments of approximately $5-15
million per annum, to be distributed as part of an annual process, to one to
four projects over their project lives. For more information and to view video
of the initiatives please visit – www.nextfoundation.org.nz