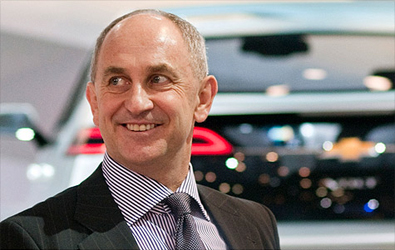 NEXT Foundation is pleased to announce that it has received an outstanding response to its initial grant process.

Chairman Chris Liddell said that the Foundation had received 280 Expressions of Interest totaling more than $1.8billion, split evenly between the areas of Environment and Education.

“We are humbled by the number and quality of submissions we have received. They represent a magnificent diversity of ideas and are a tribute to the creativity of New Zealanders,” Mr Liddell says.

NEXT CEO Bill Kermode said “Reading through the submissions is a great privilege. They provide a wonderful window on the innovation, passion, community service and great ideas people have for building a better New Zealand.”

“We can hope to fund only a very small number of these, so our work will be really cut out trying to decide which go through to the next stage. We look forward to that challenge given the quality of the applications.”

The submissions will be reviewed by an independent advisory panel including experts from the fields of education and the environment, and a final shortlist will be identified.

Shortlisted applicants will be invited to submit a detailed Request for Proposal which will be reviewed in October / November this year, with a final decision to be announced in December 2014.

The NEXT Foundation was launched in March 2014 and will spend $100 million over the next 10 years to create a legacy of environmental and educational excellence for the benefit of future generations of New Zealanders. It will make commitments of approximately $5-15 million per annum, to be distributed as part of an annual process, to selected initiatives over their project lives.