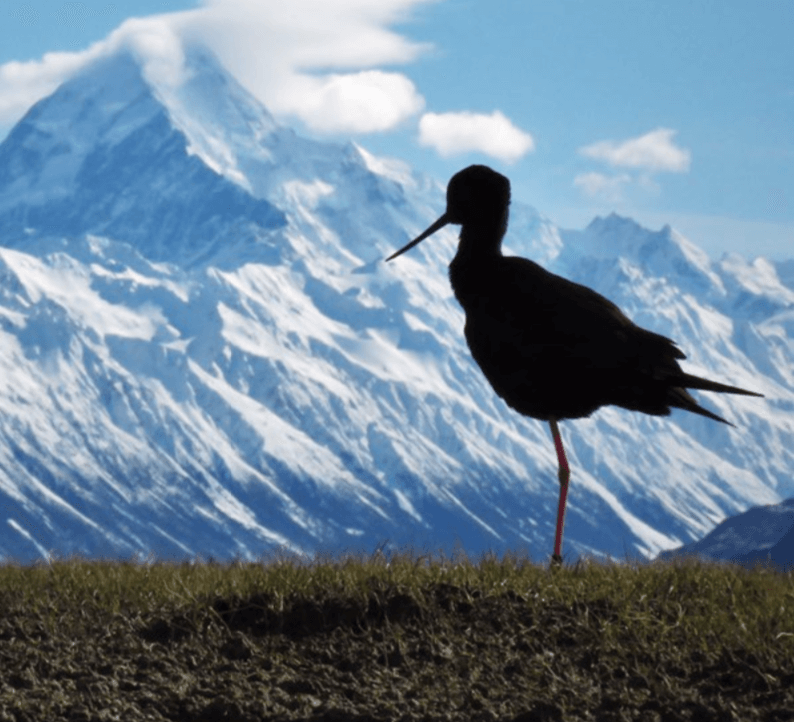 Te Manahuna Aoraki is a collaboration between government, iwi, private landowners, philanthropists and community to restore the biodiversity of the upper Mackenzie Basin and Aoraki/Mount Cook National Park.

The project spans an area of 310,000 hectares – three times the size of Auckland – and is home to endangered species like the kakī/black stilt (himantopus novaezelandiae), the rarest wading bird in the world.

At the heart of NEXT Foundation’s philosophy is the concept of strategic philanthropy.

For NEXT this involves the investment of not only money, but expertise and experience too. By linking financial assistance with the principles of sound business practice – good governance, clear goal-setting, measurement and accountability – NEXT aims to multiply the impact that money alone might buy.

This is especially important in the two main areas of NEXT’s focus, the environment and education. Both involve systemic challenges, multiple stakeholders, long timelines and sometimes conflicting viewpoints. By playing the role of “honest broker”, as NEXT CEO Bill Kermode puts it, the Foundation can be the catalyst for the partnerships and collaborations that are vital to finding solutions to complex problems.

A great example of this is the Taranaki Mounga project, initially involving collaboration between NEXT, the Department of Conservation (DOC) and eight local iwi, and later including Shell NZ, TSB Community Trust, Jasmine Social Investments and Manaaki Whenua/Landcare Research. As director Devon McLean explains, NEXT played a crucial role in helping various parties overcome past differences and concentrate on their collective interest in restoring biodiversity in the 34,000 hectare Egmont National Park.

“Offering that neutral ground, that’s very much how we see it,” McLean says. “Don’t bring the baggage, leave it at the door, and focus on the task at hand. Bring it back to the issues on the table, allow the parties to have a conversation around the objectives, without too much distraction.”

That same approach, which has also been taken with the multi-partnership Project Janszoon in Abel Tasman National Park, will be applied to the biggest environmental project yet, Te Manahuna Aoraki. Ten times the scale of Taranaki Mounga, this ambitious 310,000 hectare initiative in the upper Mackenzie Basin and Aoraki/Mt Cook National Park in the central South Island involves a wide range of stakeholders including NEXT, DOC, respective Rūnanga, Aotearoa Foundation, Jasmine Social Investments, Global Wildlife Conservation, Predator Free 2050 Ltd, 14 high country land owners together with Land Information New Zealand and the Ministry of Defence, and the wider community.

“We think it is possible to apply the predator free goal in a more complex landscape at scale,” McLean says. “We can do it because of what we are learning from NEXT projects and others.”

The willingness to tackle deeply-rooted problems that will take years to overcome has also been a hallmark of NEXT’s work in the education field, says Pat Snedden, chair of Manaiakalani Outreach. Aimed at harnessing digital technology to shift learning outcomes, this “public good partnership” of philanthropic organisations, businesses, parents, the state, teachers and individual supporters is a complex and “nuanced” operation.

“Manaiakalani is about the liberation of the low-income learner,” Snedden explains. “To have an organisation with NEXT’s integrity, resource base and ability to inquire as to whether you’re as good at what you do as you say you are, has been a powerful thing for us.”

Having helped take academic achievement levels at one low- decile school in Auckland from virtually nil to over 90 percent, Manaiakalani has now taken its Outreach programme to almost 80 similarly “challenged” schools around the country. The key, according to Snedden, has been a willingness to learn along the way and “a commitment to total transparency. You have to show the stuff that doesn’t work as well as what does.”

Being there for the long haul has made NEXT an invaluable partner, he says. “NEXT is one of the most mature funders we’ve ever had experience with. It’s not simply that they invest in us, it’s that the quality of their due diligence has given others the confidence to invest in us too.”