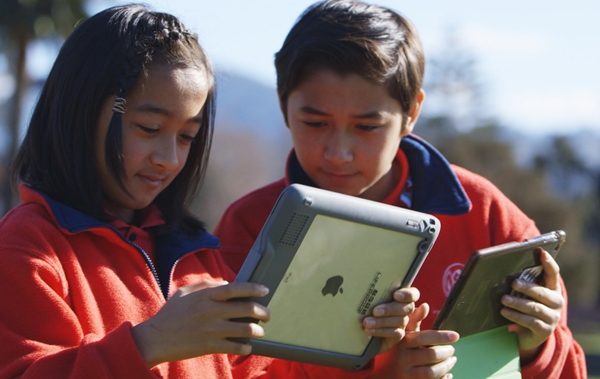 NEXT Foundation today announced a further two investments in education from the many excellent submissions to its 2014 application process.

Ngā Pūmanawa e Waru is a Rotorua district-wide initiative that will use best practice e-learning teaching methodologies and collaboration between schools to transform educational outcomes for learners and whanau across all of Rotorua’s schools and kura. The Excel Rotorua Education Trust is in the early stages of enabling Ngā Pūmanawa e Waru, which will have 18 early adopter schools in its first year.

Manaiakalani Outreach is expanding on the proven approach of the Manaiakalani programme in the Tamaki Auckland region to initially support five clusters of predominantly decile 1 and 2 schools in Hornby in Christchurch, the West Coast of the South Island, Papakura and Mt Roskill in Auckland, and Kaikohe in Northland. Manaiakalani Outreach will make it possible for over 8,500 learners throughout New Zealand to experience accelerated learning outcomes.
The two programmes have much in common, and important differences.
Both are using collaborative learning pedagogies enhanced by digital learning environments, integrated with strong family, whanau and community engagement, to accelerate student learning outcomes.

Both are working in communities with large Maori or Pasifika populations – Manaiakalani in predominantly lower decile schools, Ngā Pūmanawa e Waru across all deciles.

Both are aligned with the community of schools approach that is currently being introduced by the Ministry of Education in its Investing in Educational Success (“IES”) programme, and both have schools within them that have applied to join IES.

Both have independent evidence-based evaluation as an integral component of their development and progress, funded by NEXT Foundation.

Chris Liddell, Chair of NEXT Foundation said, “We are excited to announce our support for these two transformational initiatives that we believe are implementing improved models of education that can benefit all young New Zealanders.”

“The disparity in learning outcomes of children in lower decile school communities is difficult to resolve. But, we believe these initiatives have the potential to help address the very real issue of equity of education in New Zealand, through access to transformative collaborative digital learning and technology and the sustained involvement of parents, whanau and the community.”
“The qualities that characterised NEXT Foundation’s initial grants from the 2014 applications are again to the fore in Ngā Pūmanawa e Waru and Manaiakalani Outreach – powerful leadership, innovation alongside independent evaluation, and a track record of delivering measurable outcomes,” added Liddell.

Ngā Pūmanawa e Waru will deliver a programme which will support principals and teachers leading change in their schools. It will engage with community groups and iwi to gain involvement in supporting their schools and whānau in children’s learning. Partnerships with Noel Leeming, Vodafone, Apple, Samsung and Hewlett Packard will provide schools and the community with discounted rates for devices and access to data networks.

“We want Rotorua to be known as a great place to learn” said Leith Comer, Executive Chairman of Excel Rotorua Education Trust. “We want all of our schools to be well-led, well-resourced and staffed by superb teachers. We want all our learners to be engaged and excelling in their education; supported by their whānau with their learning enhanced by technology and connectivity at school, at home and the community. Everything we are doing must lead to improved engagement and achievement for all of our learners.”

“This kaupapa is championed by the Mayor, Her Worship the Honourable Steve Chadwick, and is supported by a number of community stakeholders.”

The long term goal of ‘Manaiakalani Outreach’ is to make available the cluster and community approach to poor communities serving over 120,000 young New Zealanders as part of mainstream education nationwide, aligning with NEXT Foundation’s vision to invest in transformational initiatives and potential catalysts for change at a national level.

Pat Snedden, Chair of Manaiakalani Education Trust said, “Living in a poor community should not determine your education outcomes. Unfortunately this has not been the case for many decile 1 and 2 schools who have not achieved similar outcomes to their neighbouring schools from wealthier suburbs.”

“The Manaiakalani methodology is successful because it gives school students the opportunity to learn through interconnectedness, and builds their capability in today’s digital tools, while supporting a community of school clusters and their teachers with resources for learning,” he said. “Combine these factors with binding parents to their child’s learning and the entire community benefits. All boats will rise on a rising tide.”

Professor Stuart McNaughton from the University of Auckland’s Woolf Fisher Research Centre has led independent evaluation of the Manaiakalani programme for the last three years. NCEA Level 2 success rates have risen from 26% to beyond 70% in three years of the programme at Tamaki College. At primary level there have been significant shifts in writing and student engagement levels. The programme is evidence based, innovative and proven. NEXT Foundation will fund extension of the Woolf Fisher evaluation to Manaiakalani Outreach.

NEXT Foundation will also fund an embedded developmental evaluation of Ngā Pūmanawa e Waru to build evaluative capability and practice into the schools. Professor Helen Timperley, Lisa Dyson and Professor Lorna Earl from the Faculty of Education and Social Work at the University of Auckland will lead this work with their findings contributing to the continuous improvement of the initiative.
“We are delighted to be working with Ngā Pūmanawa e Waru and the Manaiakalani Outreach to support these programmes to achieve their ambitious plans for learners. There is no more important work for a university to be doing than to integrate research and practice in the service of educational improvement,” says the Dean of Education and Social Work, Professor Graeme Aitken.

Bill Kermode, CEO NEXT Foundation said, “We have been working with both Trusts since their applications to us in June last year. We are delighted that the progress made since then has led to these two significant grants.”

“Both grants build on progress made through prior funding provided by other parties – a Social Sector Trial contract provided through Te Taumata O Ngati Whakaue Iho Ake Trust for Ngā Pūmanawa e Waru, and numerous philanthropic, corporate and community organisations led by Spark Foundation and Foundation North for Manaiakalani.”

The two grants are both for three years in principle, with the first year committed and subsequent years milestone-based. NEXT Foundation’s in principle commitments to education now total just under $15 million, including the two previously announced grants to The Mind Lab by Unitec and Springboard Trust. Annette and Neal Plowman also provide financial support in education to Teach First New Zealand and the University of Auckland Business School. NEXT Foundation’s 2015 application round closed on 26th June, 2015.

For more information and view videos of the initiatives please visit – www.nextfoundation.org.nz

NEXT Foundation was launched in March and will invest $100 million over the next 10 years to create a legacy of environmental and educational excellence for the benefit of future generations of New Zealanders. NEXT Foundation will, as part of an annual process, make commitments of approximately $5-15 million per annum to one to four projects for funding over their project lives.